No Call Out Charge

Aquatek is proud to install a wide range of boilers installations & replacement Islington to virtually all premises. Our Gas Safe engineers have experience working with all major boiler brands, including Vaillant and Worcester Bosch Group.

Our boiler installation service Islington covers all boilers including:

Are You Looking For A Boiler Installation Quote? What We Can Offer -

Aquatek are gas safe engineers who undergo special training to be able to install & replace boilers in Islington, we make sure all our engineers are up to date on the latest boilers and are fully trained.

Aquatek is here to install your boiler 24/7, with a fleet of fully stocked plumbers we can be with you the same day and normally reach you within the hour. 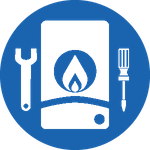 Aquatek believes in no hidden costs, your boiler installation or repair engineer will give you an exact upfront cost. What we quote is what you pay! 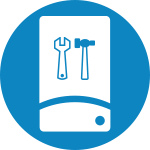 All our replacement & boiler installations in Islington are carried out by expert plumbers which are guaranteed for 12 months. All reported issues are treated as a top priority and are rectified instantly.

At Aquatek, we specialise in boiler installation & replacements, all our plumbers are experts in their area and we have 35 years experience, we will be able to give you 100% customer satisfaction with our work. 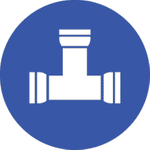 Aquatek provides free estimates so you know the exact cost of your boiler installation or replacement before the work is provided.

What Does Boiler Installation Cost in Islington?

Electric Combi boilers are much less complex than normal heating systems which means that Condensing Boiler Installations tend to be cheaper. It is also easier to find replacement parts if an issue does occur. With no extra water tank combi boilers easily provide an unlimited supply of hot water. Combi boiler costs vary depending on the make you require. Do you have combi boiler problems? We can offer you a combi boiler repair, fitting or installer service with a free no obligation quote. Your satisfaction and peace of mind is our highest priority, we will do our best to ensure your experience with us is positive.

Because we are not linked with any certain boiler brand, we at Aquatek our boiler installations service will help to work with you to truly get you the most effective & best for your money. Our Gas Safe authorized boiler engineers in Islington use their expert level of boilers, with our exclusive rates, to find you your new boiler. Aquatek is known for quality and professionalism. And we can prove it to you. You can rest assured knowing that your boiler installation is being provided by a skilled and experienced expert.