Why is My Boiler Losing Pressure 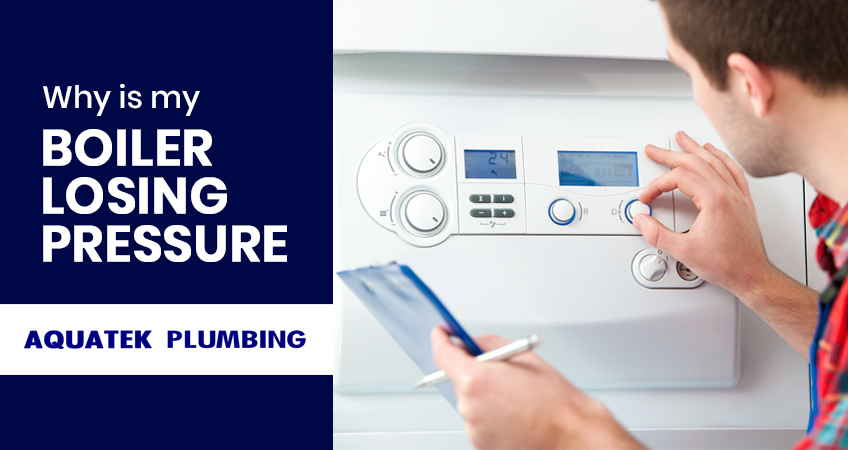 One of the main calls that most plumbers receive every year, is the question ‘why is my boiler losing pressure?’. There could be many reasons as to why the boiler may be losing pressure, but the main factor in why it could be is that there could be a leak in the system somewhere. Some of the parts that could be leaking, could be the radiator valve, a pipe or something else that could be allowing the water to escape the system, then causing the loss of pressure within the boiler.

However, they are not the only things that could cause a boiler to lose their pressure. There could be a problem with the valve on the boiler that could have possibly started to fail, in turn causing a drop in the pressure inside the boiler.

Although it sounds bad, the problem can be fixed. If there is a leak in the system, then the simple method to fix it would be to fix the leak, which would include either patching it up or replacing that part of the pipe. After that, the boiler would need to be filled up to replace the lost pressure that the leak had originally created. Every boiler has its own way of being reset and re-pressurized, so it is always a good idea to research the make of your boiler and then go from their advice. If not, you risk creating more damage to the boiler trying to do it yourself without guidance.

If the leak is not immediately visible, then it could be the case that the leak is under the floor, or something within the boiler is leaking and thus causing the pressure inside the boiler to decrease. You will be able to tell if this is a problem if the water is coming out of the discharge pipe which runs externally (though sometimes this might not happen).

In case you need to fill your boiler, this can be quickly done by connecting up the filling link (also called a filling loop). Here is a photo of what your filling loop might look like. Filling loops are also called “Filling Links”. When you are filling your boiler, make sure that you are careful not to overfill your boiler or to fill the boiler too often because this can cause long term damage to the system. Also, if you fill the boiler too often or keep tinkering with it yourself, one of the main things that could be damaged is the pressure relief valve, which is the sole mechanism that maintains the pressure in your boiler, so make sure you keep protecting this part of the boiler. This would be evident if, after the boiler is filled, there is a constant dripping from the discharge pipe outside the property (though please be aware that this is not the only thing a dripping discharge pipe could be).

Always check manufacturers instructions before attempting to fill your boiler yourself, as tinkering with it yourself could cause more damage, so leave it to a professional or the manual when it comes to fixing or filling the boiler yourself.