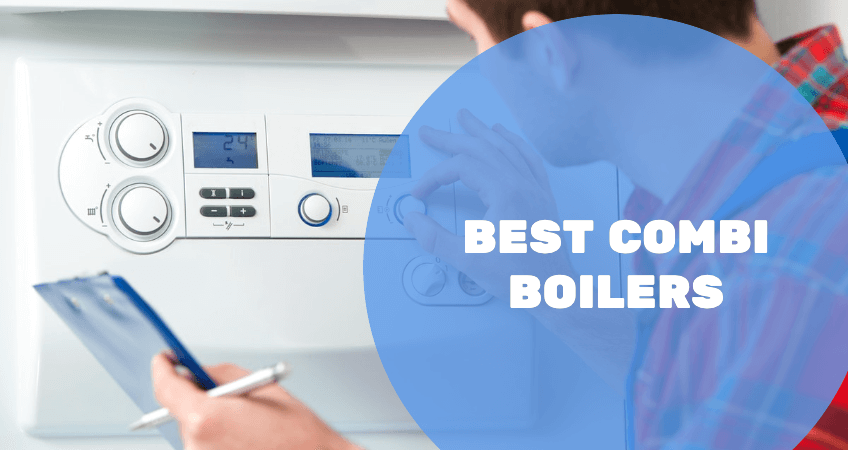 When it comes to central heating systems, one of the most popular and efficient ways to control them is through the use of a combi boiler. Unlike traditional gas boiler systems, they don’t need a large storage tank as they heat water on demand. Today, around 70% of homes in the UK have a combi boiler, and that figure is rising each year steadily.

What is a combi boiler?

First of all, ‘combi’ is short for ‘combination’. A combi boiler is an intelligent and modern boiler that combines heating and hot water in one compact form. They take up less space in your home than older tank-fed gas boilers. Plus, they can even get adapted for LPG gas in rural areas where there is no gas mains supply to households.

Another unique selling point of combi boilers is their ability to provide hot water and heating on demand. That means when you open a hot water tap, for example, there’s no waiting for long periods to receive the hot water you require.

How does a combi boiler work?

All combi boilers, whether you opt for the best combi boiler or an entry-level model, contain two heat exchangers. The primary one heats the cold incoming mains water and then transfers that hot water through your central heating pipes. The secondary heat exchanger uses the primary one as a heat source to provide clean hot water for your taps and showers via a diverter valve.

The reason for that setup is so any grime and sludge from the central heating pipes doesn’t end up going out through any taps and showers.

As you can imagine, there’s a lot of choice on the market when it comes to selecting a new combi boiler. To that end, how can you tell which one is the best combi boiler UK?

The thing about combi boilers is that it’s important to choose one that best meets your particular heating and hot water needs. That’s because each home will have differing requirements, especially when it comes to hot water output volume.

Still, the following four boiler models are among the most installed in the UK in 2020:

Worcester Bosch is a popular household name and boasts more than a million installations across the UK. Its Greenstar 30i model is a Which? Best Buy and comes with an impressive 10-year guarantee.

Featuring a 98% energy efficiency rating, the Viessmann Vitodens 200-W is also arguably the quietest boiler on the market. It boasts a five-inch colour touchscreen display and can even get controlled via a smartphone app.

Another popular boiler model is the Valliant ecoTEC 838. Featuring a five-second hot water delivery, it comes with a five-year guarantee as standard. There’s also an LPG model available.

Aquatek are approved installers for vaillant.

We are also approved installers for glow worm and we can offer 7 year warranty.

Last but not least, there is the ATAG iC Economiser Plus. The Dutch boiler brand has 70 years of experience, and their A-rated iC Economiser Plus comes with a standard 10-year warranty for added peace of mind.

How to install the best combination boiler in your home?

Combi boilers aren’t something that the average home DIYer can install themselves. That’s because the installation of a combi boiler is often quite complicated. There are many factors to consider when installing the best combi boiler for your home:

Because of all those reasons, it makes sense to entrust the installation of your new combi boiler to qualified and professional plumbers such as Aquatek Plumbing.

How and when should a combi boiler get serviced?

As with any mechanical device, a combi boiler should have an annual inspection and service by qualified plumbing professionals. There’s no denying that getting a brand new combi boiler is a significant investment. To that end, you’ll want to ensure that your boiler is always running as efficiently and without faults.

Servicing a combi boiler is beyond the scope of most householders. That’s why you should only use qualified heating engineers to carry out the work for you.

Do combi boilers come with any guarantees?

Regardless of which make and model combi boiler you purchase, it will always come with a minimum of 12 months parts and labour warranty. Some boiler manufacturers are so confident in their products, they may offer a five-year or more guarantee on their units.

When you look at different models of combi boilers, it’s worth researching what guarantees you can enjoy as part of your purchase.

How to buy a new combi boiler

Contact Aquatek Plumbing today on 0800 328 4329 for a free, no-obligation quote on a new combi boiler for your home.